Staying Relaxed In a Match

Competition can be intense. Waves of emotions can come and go with varying levels of intensity and impact to your game. We will outline here some ways to stay calm and relaxed on the court during a match. 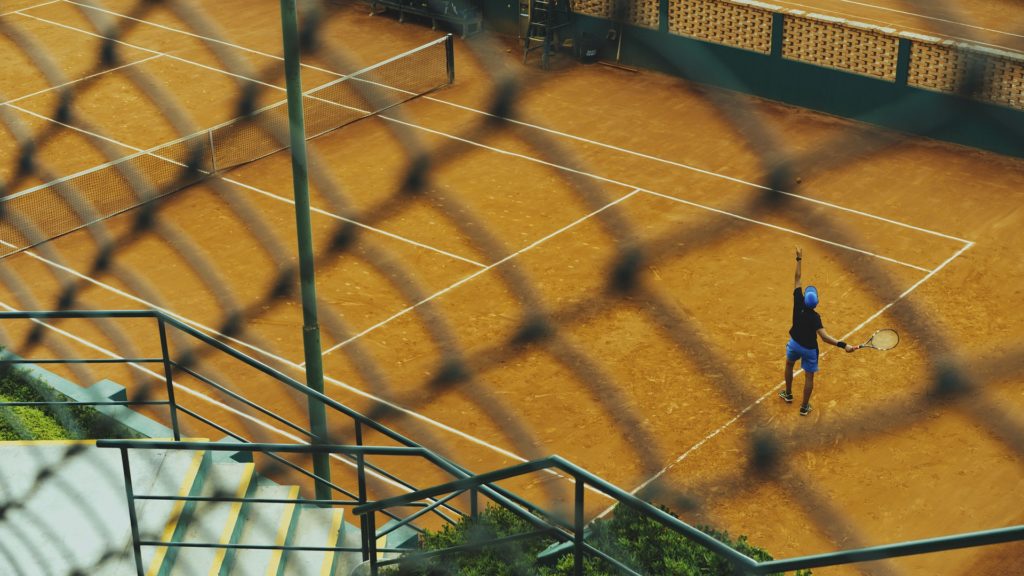 Breathing has more impact on a persons body and mind that one may think. The use of proper breathing techinques can aid in physical recover, calming of the mind, and creates space for planning a next move. A players focused breathing should happen intentially in 3 different times of competition.

when watching athletes play a match it becomes very evident that they have certain patterns of behavior that they engage in before and after each point or game that is played. (Many even have a pattern of how they act on change overs as well.) These behaviors are called rituals. Professionals have selected actions they intentionally choose to do which helps them focus or move on to the next point. Some examples of rituals are listed below. A scenario is also listed in order to help give more light to this picture of how a ritual is implemented.

After the point is over for the first 5 seconds feel the emotions from the last point; good or bad. Allow these emotions to flow through the body and then exit. For the next 5 seconds focus on a goal (look back upon the goals that were created before the match and remember what you had planned to do.). During the next 5 seconds create a plan to achieve that goal. Simplistic activities such as walking to the fence turning around and walking to the baseline, going to a towel, fixing your hat or hair braid are all rituals. No matter what it is, make sure that you develop a ritual between points to turn to.

Here is a direct example of what a ritual may look like:

After you lose a point:

After a point you win:

Having a ritual allows a tennis player to find and maintain a rythm. Finding the right type of rythm that you may need will take some time but using this rythm once you find it will pay off. The rythm allows a player to shrug off points lost and continue in patterns that create points won. Playing tennis is as much about competing against the self as it is competing against an opponent. Having a set ritual will add to the control an athlete has over themselves, their opponent, and the match result.

Staying focused requires an athlete to find space within a competition to relax the mind and the body. The use of intentional breathing and implementation of a ritual are skills that will impact success on a consistent basis.